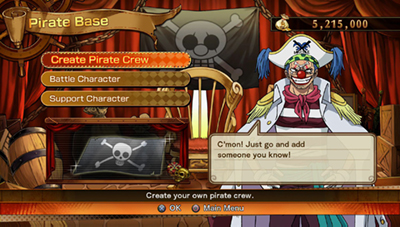 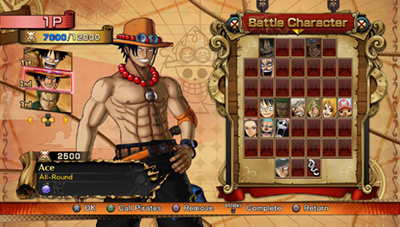 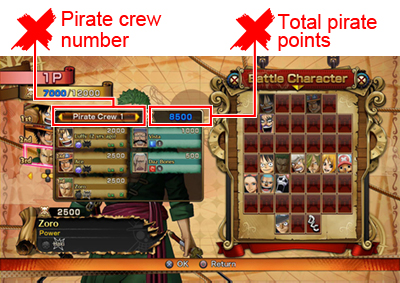 You can spend Beli to recruit new battle characters or support characters, as well as view their models and listen to their voice.
(Support characters do not have models or voices to check out.)
Use the left stick or directional buttons to select a character to recruit, then press 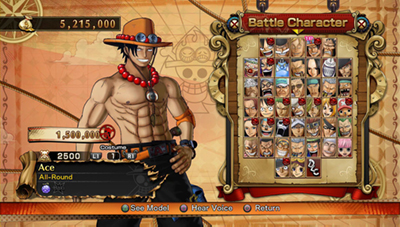 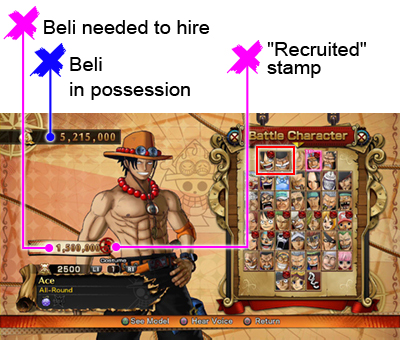 Select ”Yes” in the confirmation screen to recruit the character. If you don’t have enough Beli, you won’t be able to recruit them.

Move the camera with the left stick. Move the right stick left and right to rotate, or up and down to zoom in and zoom out.
Press OPTIONS button to return it to its original position. 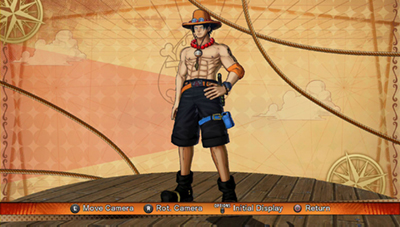 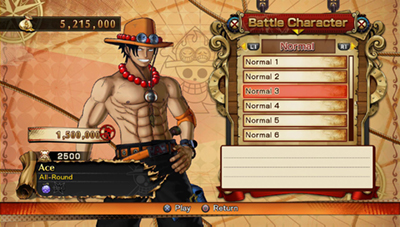