Press the Menu button to display the Pause Menu, which contains the Characters, Quests, Map, Community, and System options.

When you press the Menu button to open the Pause Menu, it’ll display in the upper part of the screen. Other characters will still move around and interact with each other in the game while you’re viewing the Pause Menu. 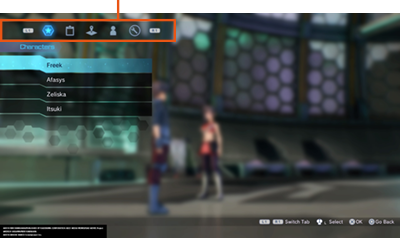 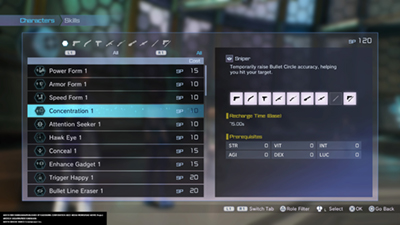 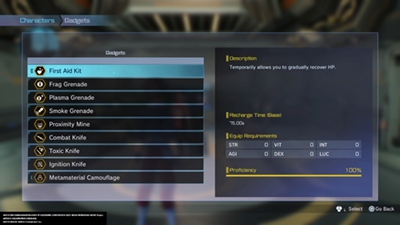 On the Equipment screen, you can check and change you and your ArFA-sys unit’s equipment, which consist of Weapons 1 and 2, an outfit, and two accessories. You can change your current equipment while out on the battlefield except when data is being loaded, a weapon is being used (or otherwise active), or when a weapon is overheating. When you need to change an equipped weapon during battle, it’s recommended that you expedite the process by first removing the weapon before equipping a new one (see page 20).

In total, there are eight weapon types that you can equip. As you use each type, your proficiency will slowly increase, raising that weapon type’s attack strength.

Browse the items in your inventory. However, you can only view items that you’re personally carrying. By pressing the right stick, you can lock a selected piece of equipment, preventing you from selling it on accident at a shop. 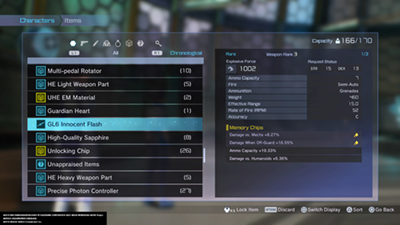 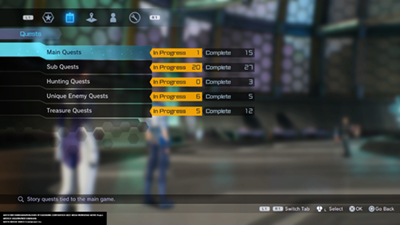 Shows your current location on the map. On the left side of the screen, the names of each block on the map are displayed (this feature can be turned off by pressing the 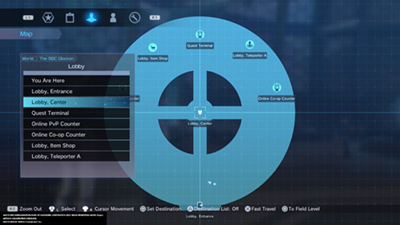 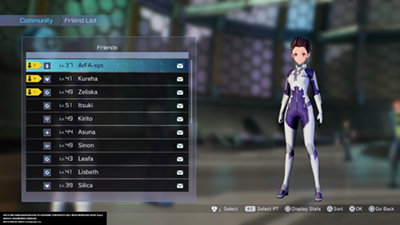 Select a character from the Friend List and press the 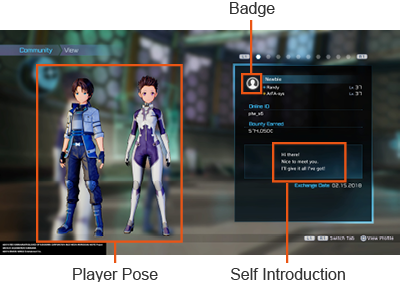 View your player card. Card information spans ten pages and can be navigated by pressing