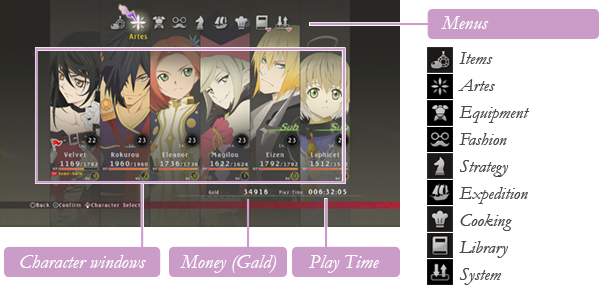 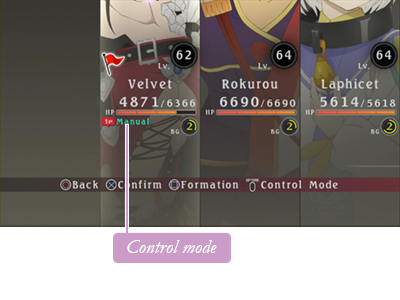 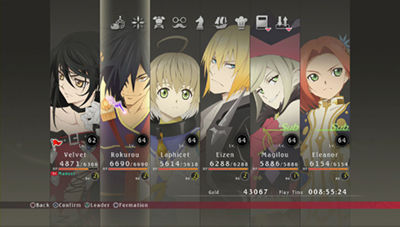 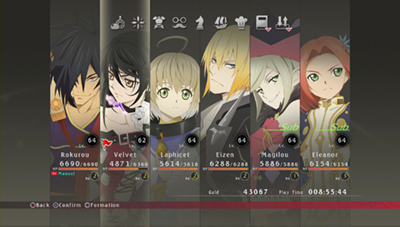 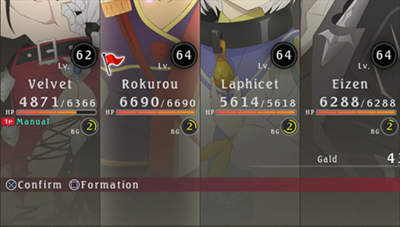 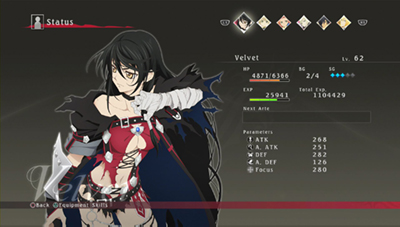 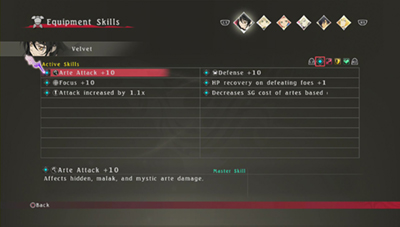 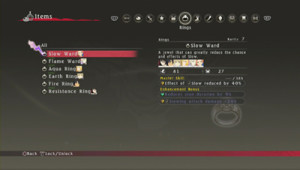 Earning a Grade in battle boosts the proficiency of the master skills in your equipment. When the gauge is full, it will show “MASTERED,” which means that the character has learned the master skill and will have that effect permanently, even if the item’s no longer equipped. Equipping the item after that point will duplicate the effect of the skill, effectively doubling its strength. 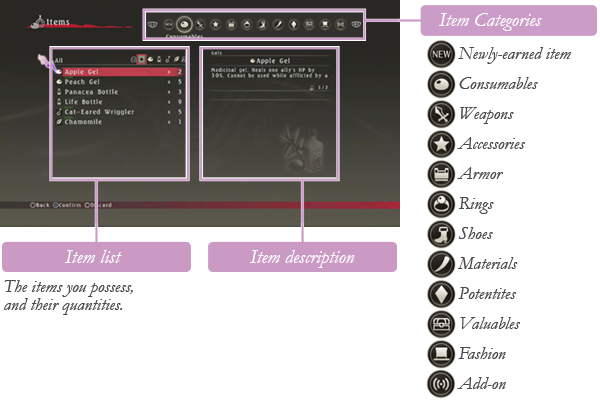 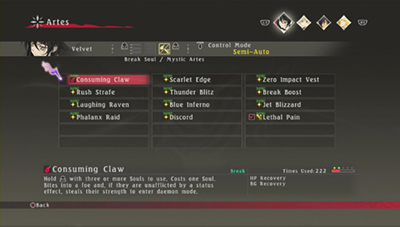 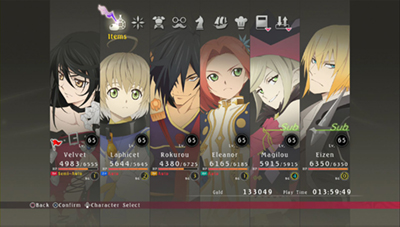 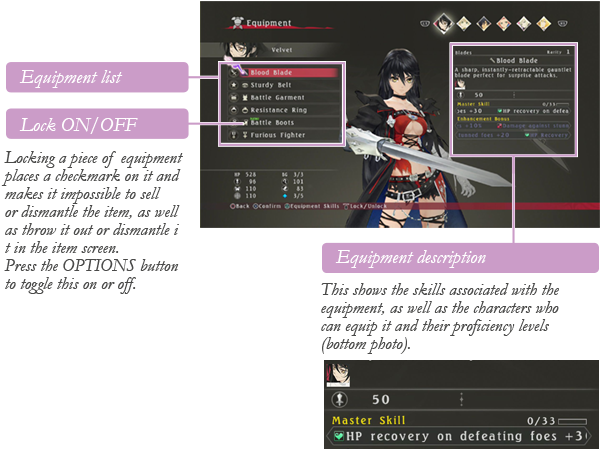 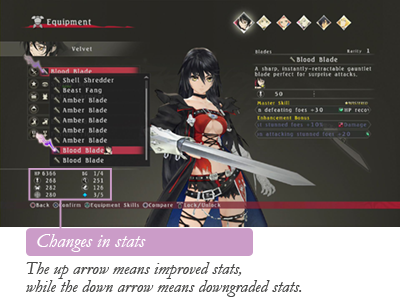 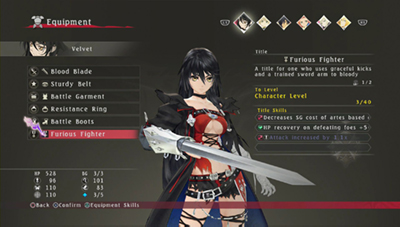 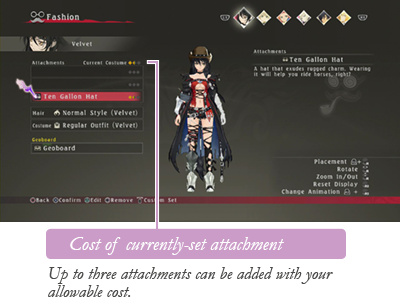 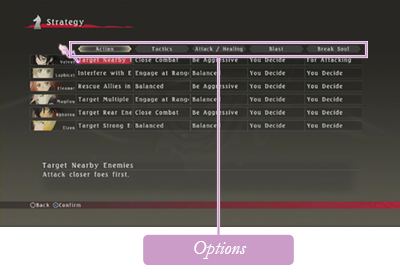 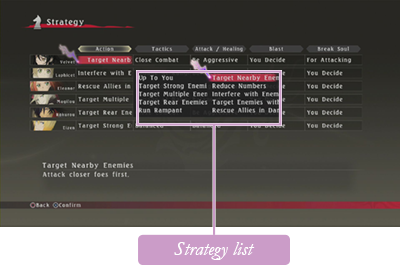 Action: The character’s basic behavior, defining how they fight enemies in battle.
Tactics: Defines how the character should attack a foe, and how far a distance they should fight from. Select “Aim for Weakness” to fight by attacking with the enemy’s weak element, not their strong one.
Attack / Healing: Defines the frequency of attacking and healing based on percentage of HP remaining.
Blast: Defines whether to use your BG on Switch Blasts or Mystic Artes based on the given situation.
Break Soul: Defines how to use Break Souls. Select “Do not Use” to not use Break Souls at all.

Select Expedition from the Top Menu to dispatch a search vessel to assorted areas. Dispatched ships will have “Exploring” displayed on them, as well as the time remaining until they return.

Select “Dispatch” from the Expedition menu to select an area to dispatch a vessel to. Use the directional buttons or left stick to choose, and press 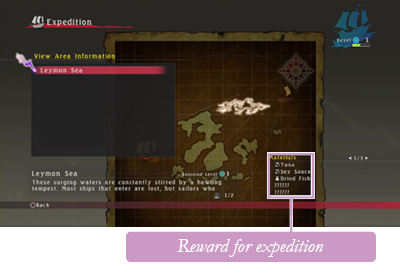 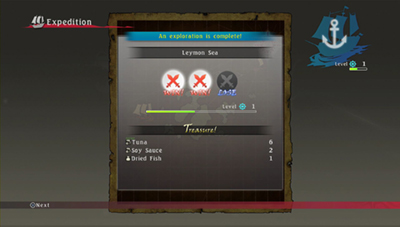 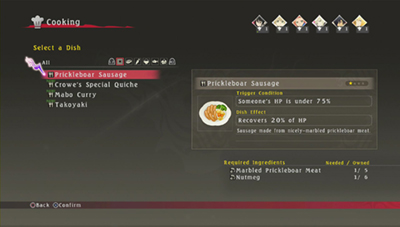 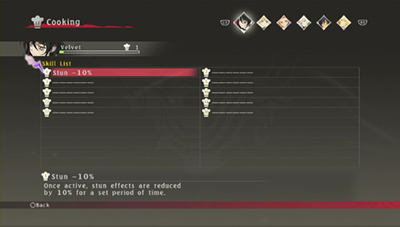 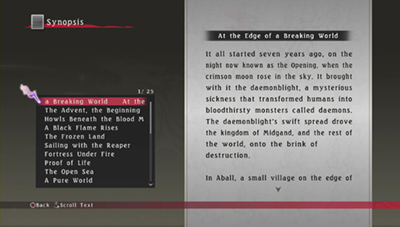 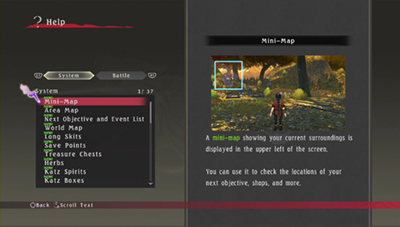 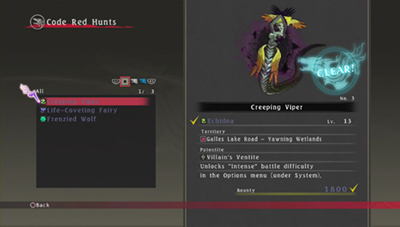 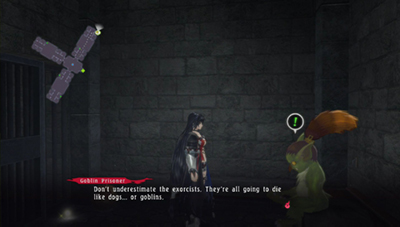 Some enemies may be either weak against or resistant to certain elements. If you strike an enemy at its weakness, you’ll see “WEAK” displayed in red and deal more damage than usual. If you strike an enemy with a move it’s resistant to, you’ll see “RESIST” or “INVALID” in blue and deal less damage than usual. If you see “REFLECT” in yellow, the attack will be fully deflected and you won’t deal any damage at all. 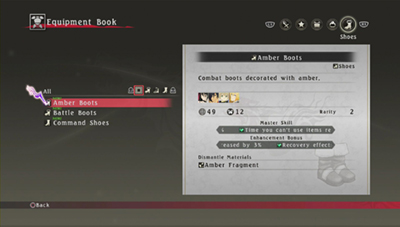 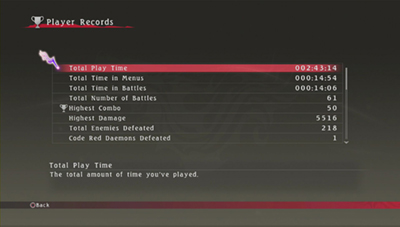 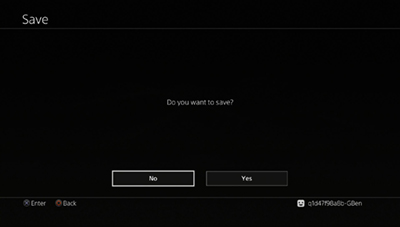 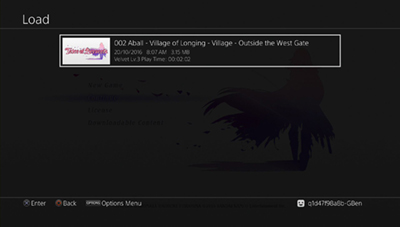 This lets you adjust the game’s options. Press the touch pad button to save your changes and exit. Select “Restore Defaults” to reset all options to their defaults.