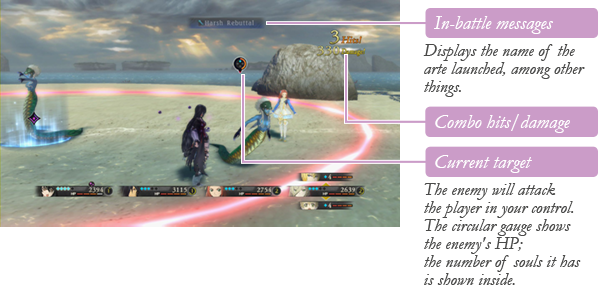 All characters and enemies in battle possess a certain number of “souls”. This number dictates how many artes they can unleash in a row. The number of souls you have right now is shown by the number of ◆ marks in your SG.
* One soul is equivalent to 30 SG. If you have three souls, that means your SG is currently 90. 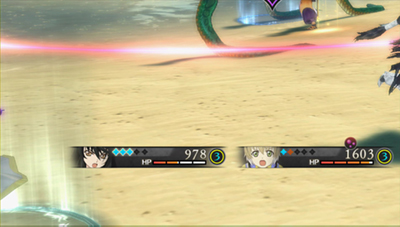 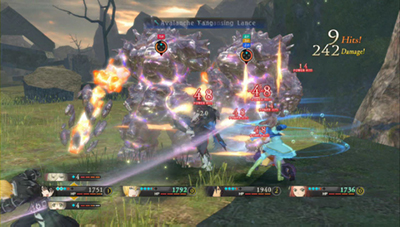 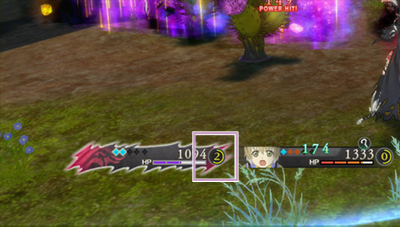 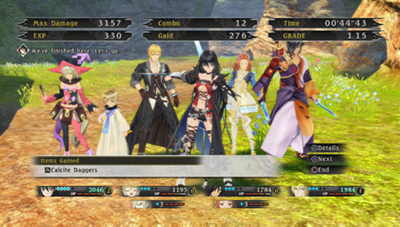 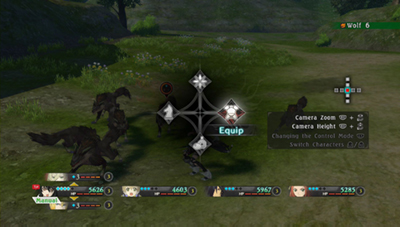 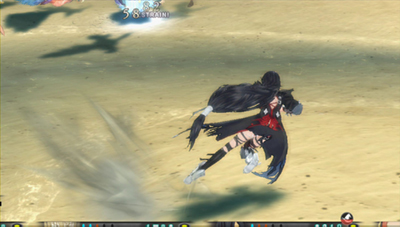 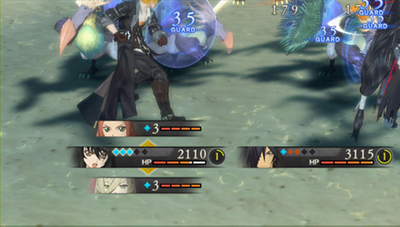 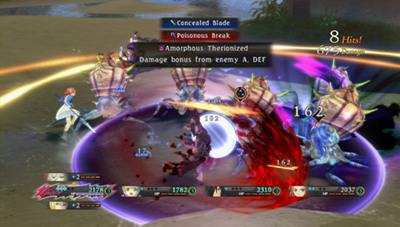 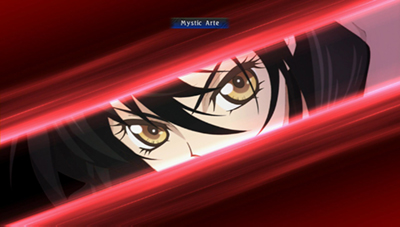 Weak-Point Combo display: The bottom number is the damage multiplier.
Weak-element damage: Damage dealt to an enemy’s weakness has the word “WEAK” displayed in red next to it.