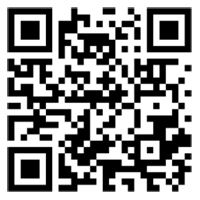 This mode lets you play through a special story featuring Gold Saints wearing God Cloths.
You’ll need to fight a series of three battles against competitors with connections to these Saints in order to complete each area and advance onward. 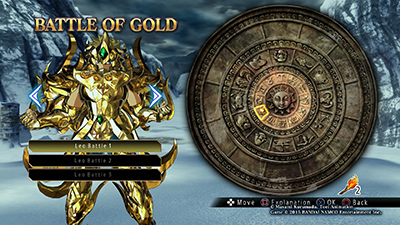 In Battle of Gold, you can wage battles only in places where torches have been lit. Torches can be purchased at the Collection Shop. 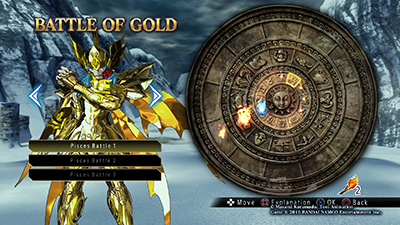 1. Completed battle: A battle you’ve already won. Battles won with an S rank will have a blue flame; A-rank battles will have a red flame.
2. Battle name: The name of the currently-selected place.
3. Torch area: An area where you can light a torch.
4. Torches carried: The number of torches in your possession.

to light a torch.
When you win the ensuing battle, you’ll be able to light another torch in a spot just outside the original location in the same series. 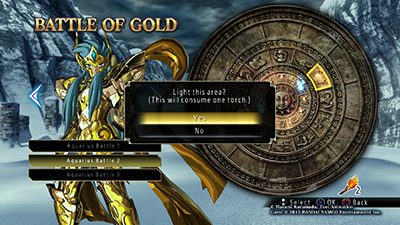 Use the Left Stick or directional buttons to select an area to light a torch. Once the torch is lit, press

and you’ll be taken to the battle preparation screen. Select “Start Battle” to begin a battle or “Equip Assist Phrases” to set up your Assist Phrases, then press 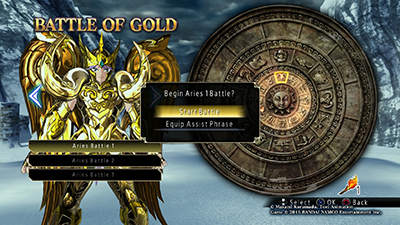 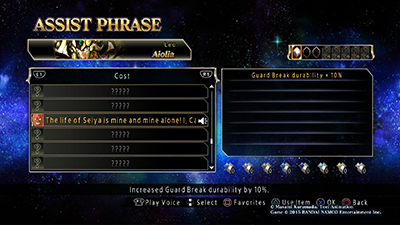 to confirm on the “Start Battle” option and after the cutscene proceed to see a loading screen depicting the battle characters.

Each battle consists of only one round.

to go to the Battle Select screen (also referred as character selection screen), where you’ll be able to select the next battle. 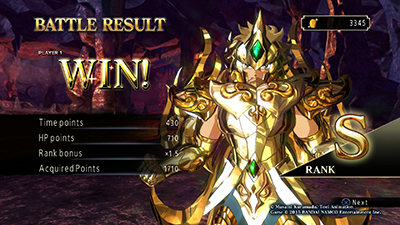 You’ll move on to the “LOSE…” screen. When you press

on this screen you will get an option to “Battle again” or “Return to character selection” screen. 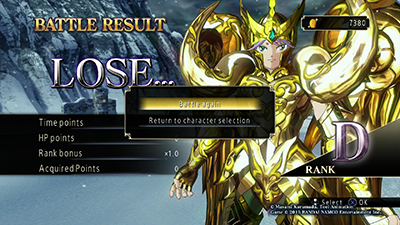 If you perform well in battle and achieve S rank, the torch depicting that battle in the Battle Select screen will burn blue. If you earn blue torches for three battles located next to each other in the same series, you’ll be able to try the “EXTRA ROUND”. 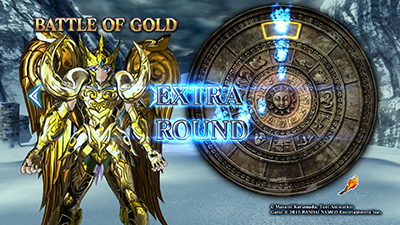