“Practise” the controls by yourself, matched against a group of Royal Magic Knights. This mode takes place in the Siosa Forest map only, where you can use the various situations the map allows for to practise until you feel confident. 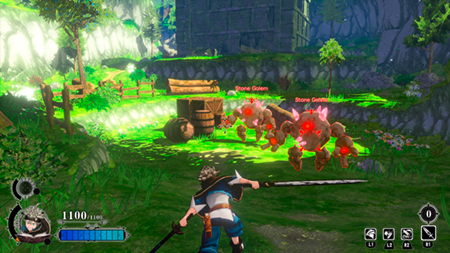 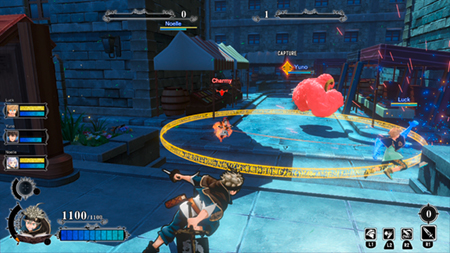 Select Training→Mock Battle from the main menu to go to the Mock Battle settings screen, where you can create teams by setting the other player slots to CPU or blank. Set up and choose the teams, rules and map, then select Start Game to go to the character selection screen. 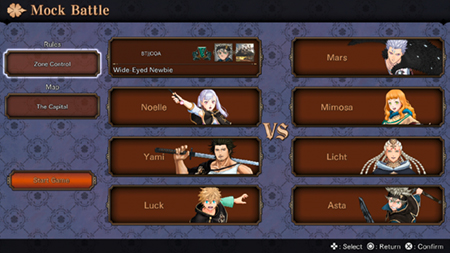 After selecting Practice or the Start Game option from the Mock Battle settings screen, you will be taken to the character selection screen. There is no time limit for choosing a character in Training.
When playing Mock Battle, you can choose a deck before the start of the match. In Practice, you can change your deck from the pause menu while in battle. 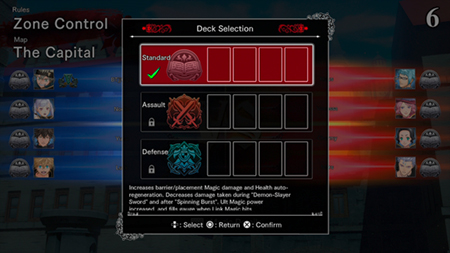