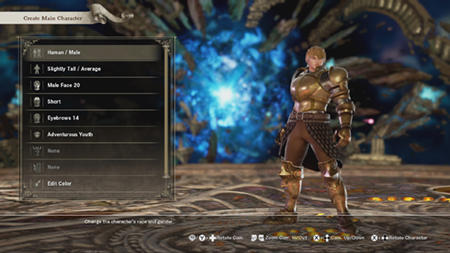 You can adjust more specific settings late by going to “Player Menu” followed by “Creation”.

denotes other missions. Information on shops and other available facilities are also shown.

Information for the player’s character. Boosting “Style” to the highest level unlocks a special mission. 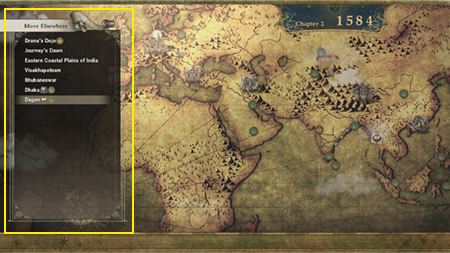 The mission log allows you to play already completed missions, with “Tutorial” available from the beginning. Quests are random, so don’t appear here.
“Weapons” allows you to change and dispose of weapons in your possession. (You can’t delete your regular weapon.)

Mercenaries’ fight on behalf of your character, and can be hired at certain towns.
Creation is where you create your character, and works in the same way the regular creation mode does, except the following do not feature:
• the ability to change fighting style or weapons
• battle comments and taking photos.
• the ability to change the color of weapons.

Items are divided into “Food”, “Weapon Enhancements”, and “Other”. 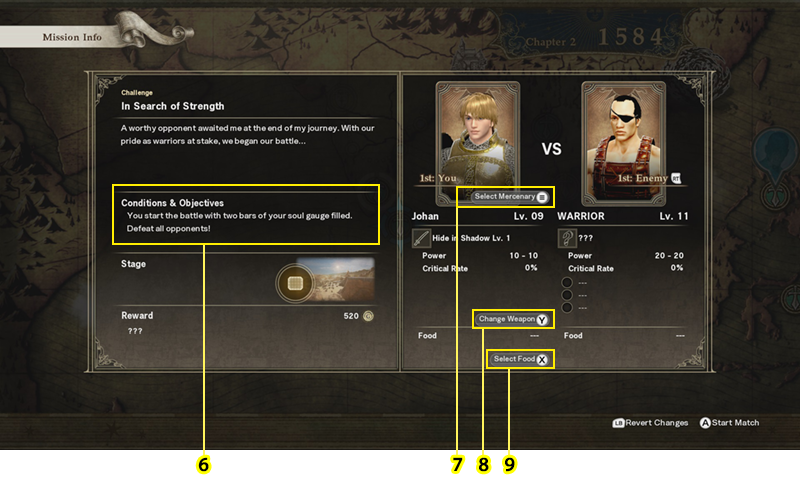 Here, you can access “Change Weapon”, “Select Mercenary”, and “Select Food”. Make the right decisions to ensure you can clear the completion requirements and defeat your opponent.