When you complete a main quest in the game, you’ll earn a reward for your efforts and the storyline will continue. Locations such as your player home, the SBC Glocken, and the governor’s office serve as your base of operations from which you’ll launch into quests that will take you to various battlefields and dungeons scattered throughout the world.

Sub quests unfold separately from the main storyline and are undertaken via a terminal in the governor’s office lobby. New sub quests are added as you unlock new areas for exploration in GGO, as well as sometimes by progressing through the main story. Sub quests are entirely optional and have no influence on the main story, but are still worthwhile, as they offer additional rewards upon completion. 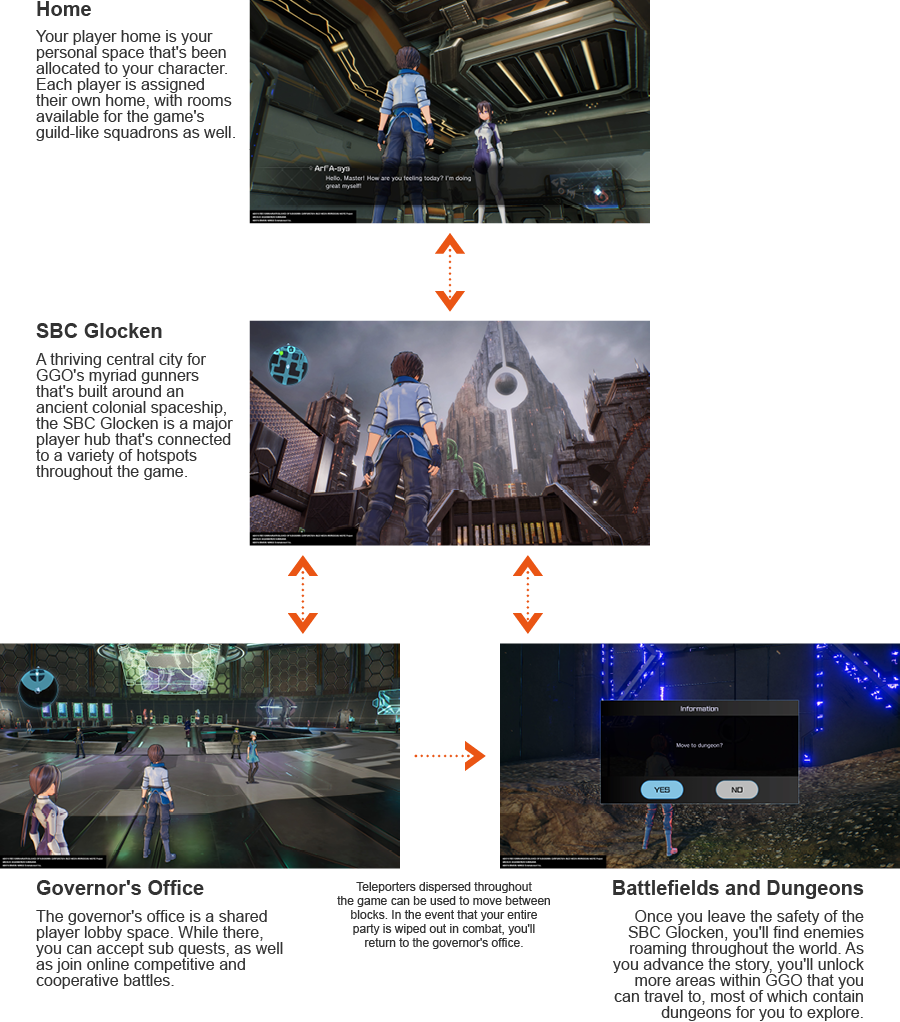