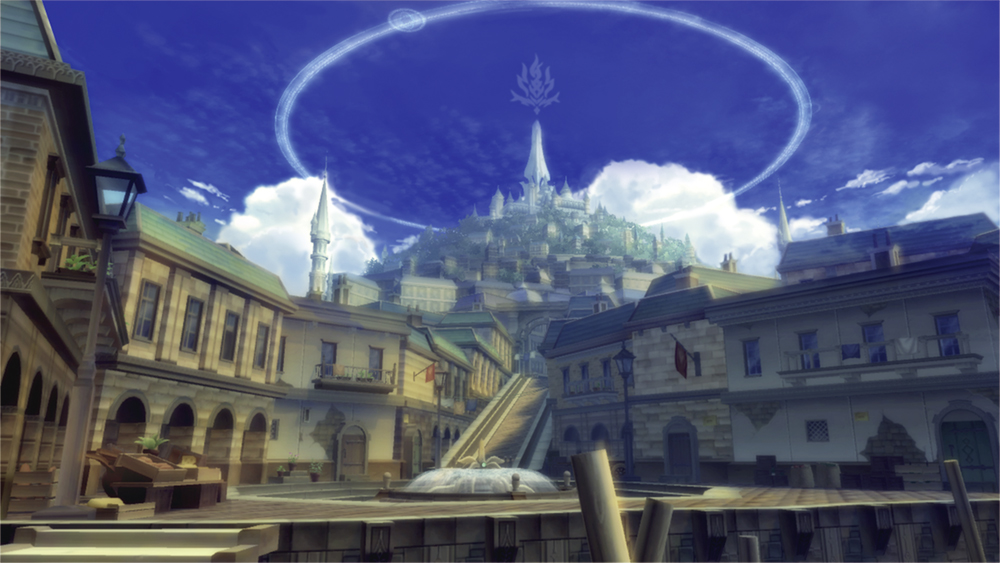 “Aer” is a primeval power source of the universe. “Terca Lumireis” is a world sustained by “blastia”, which is driven by Aer. The people of Terca Lumireis enjoy their lives, living in cities shielded by barriers that keep them safe from the monsters of their world.

The Empire once reigned over the people as a bedrock of peace. Blastia, the legacy of an ancient civilisation, was under the strict control of the Empire and only certain people became privileged to their use. The poor of the world soon formed organisations in search of freedom–the Guilds–and strived to live outside the Empire’s rule.
Eventually, through conflict and compromise, a new society formed with a complicated relationship between the Empire and the Guilds.

Even after the Great War ten years ago and disputed rights of succession after the demise of the Emperor, this world seemed peaceful …

One day, Yuri encounters a mysterious girl named Estelle. Upon discovering that she wants to meet Flynn, Yuri decides to accompany her.

Yuri doesn’t know it yet but this strange encounter will soon tangle many people’s fates.