This section explains operation for when the control mode is either Manual or Semi-Auto. Note that the same operation can produce different actions for different characters.
NOTE: “up arrow / down arrow / left arrow / right arrow” indicate “Up / Down / Left / Right” on the Left Stick. 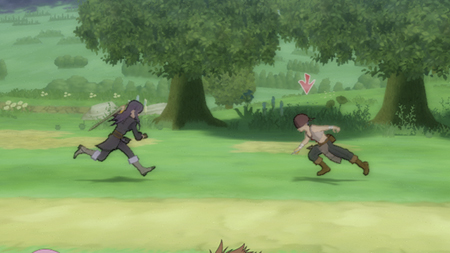 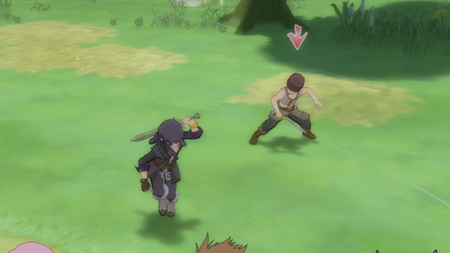 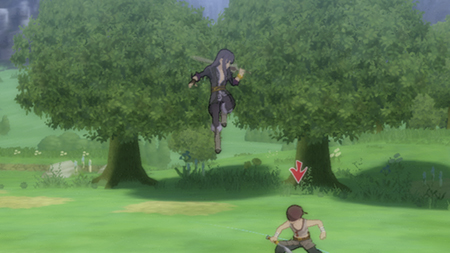 button to guard. Doing so will protect the character from physical attacks such as sword attacks and punch attacks, as well as lower damage received. However, if you guard against physical attacks for too long, a Guard Break may occur. When this happens, you are temporarily immobilised, so be careful 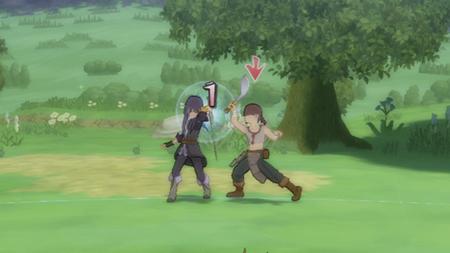 (in the opposite direction you are facing)
Guard is effective as the character move forward and also if specific timing is met, the damage received is nullified.

button switches the target selection of the controlled character to the nearest enemy. To freely change the target using the Left Stick or Directional button, hold down

button to pause battle and then choose the new target. 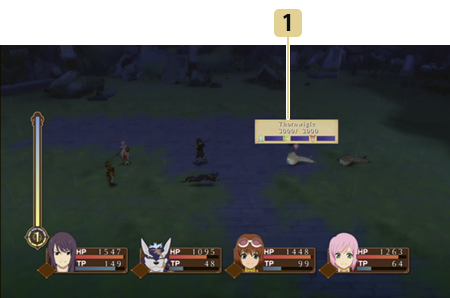 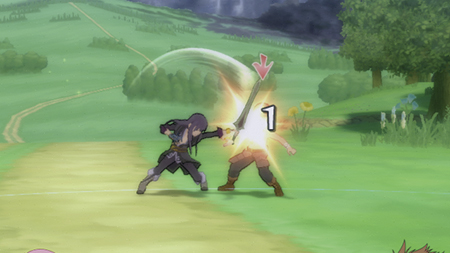 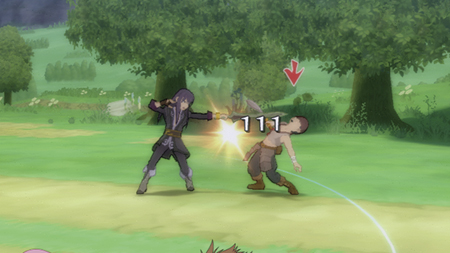 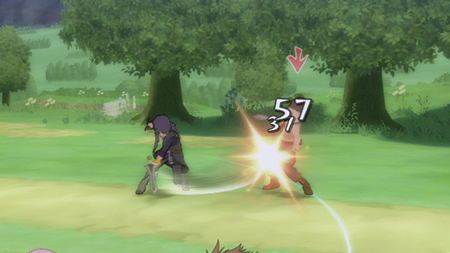 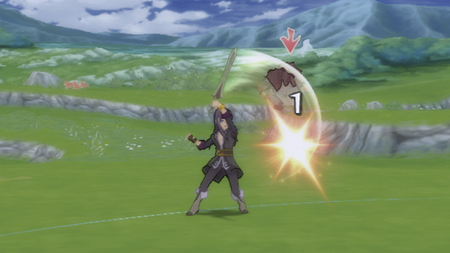 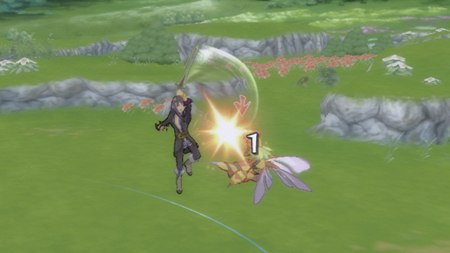 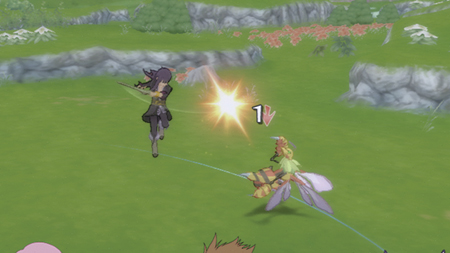 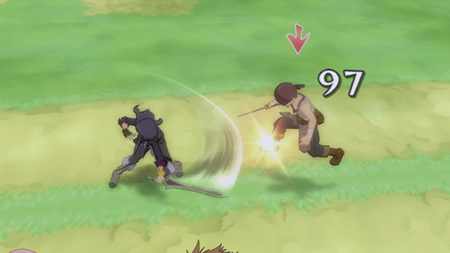 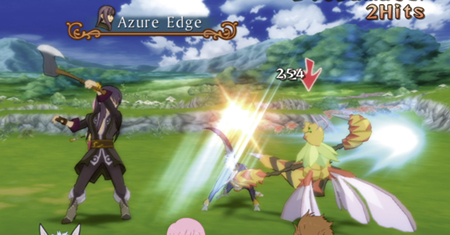 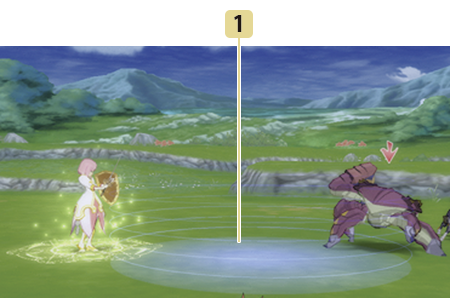 Right Stick
You can use assigned artes by using Right Stick. You can also assign the artes of uncontrolled characters. 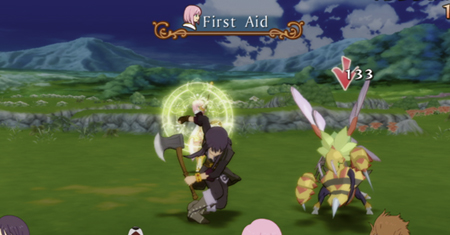 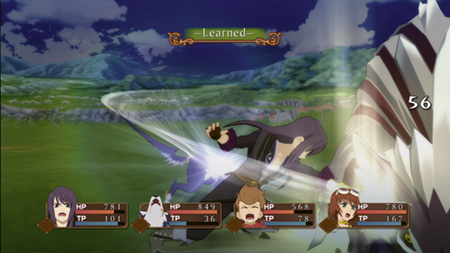 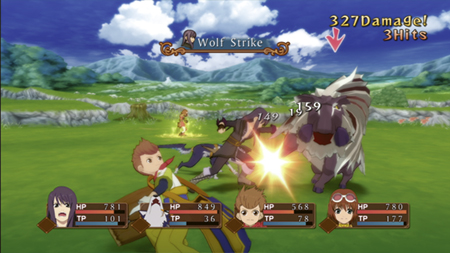 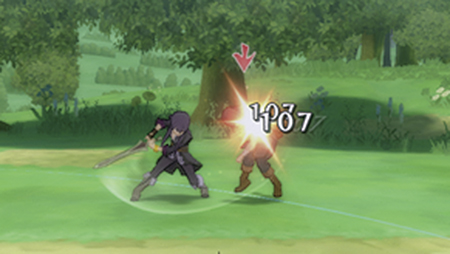 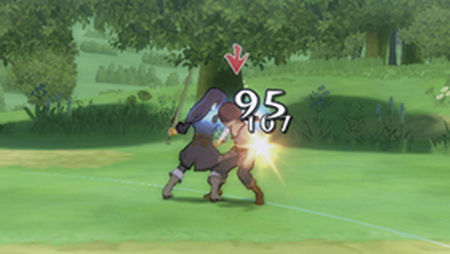 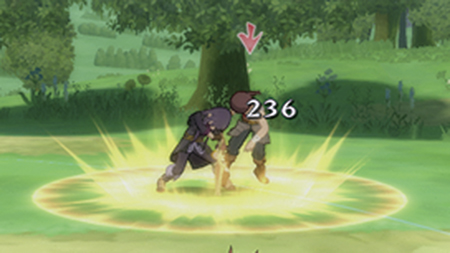 For Auto-controlled characters, an item request is made before using the item; the item will be automatically used after a while. Press the

button when you don’t want them to use the item. You can also change the settings so that they won’t make any item requests on the Edit Strategy Screen.

button
By repeatedly attacking an enemy during battle, red/blue/green formulas appear. Holding the 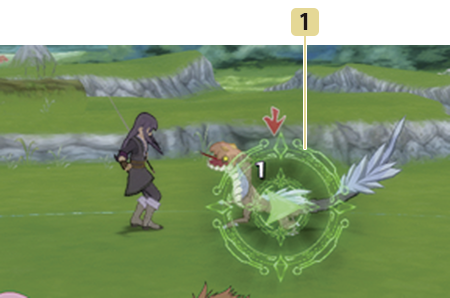 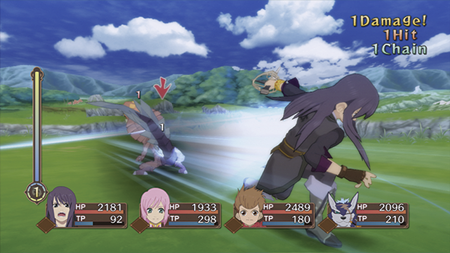 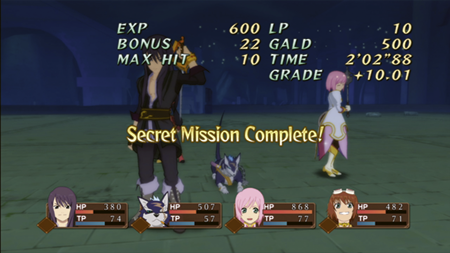 Directional buttons AND OVER LIMIT LEVEL 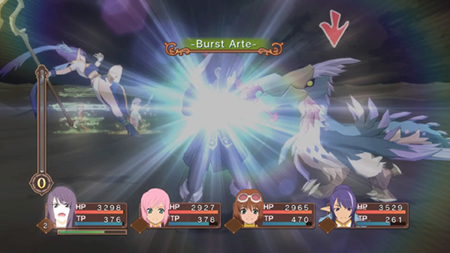 Characters may become stunned when receiving damage. Be careful, stunned characters will not be able to move and will become vulnerable for a short period of time.
By repeatedly pushing the Left Stick, you can shorten the stun period.