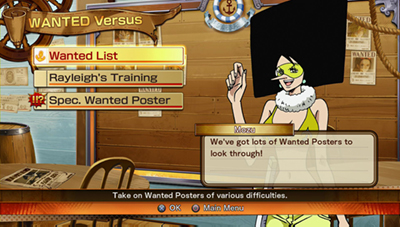 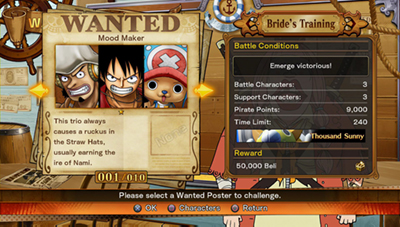 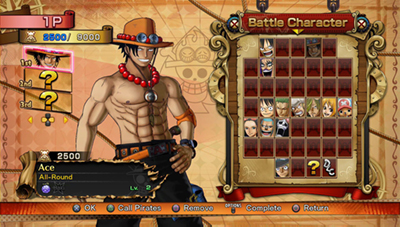 Once you complete your selections, the battle will begin. Once it’s over, you’ll see the RESULT screen. 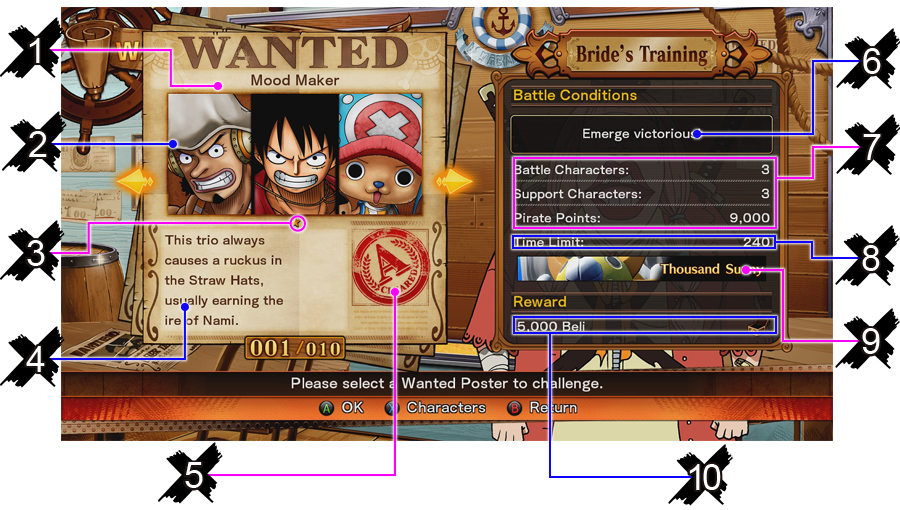 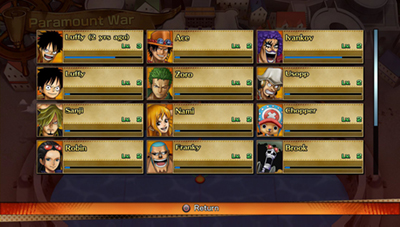 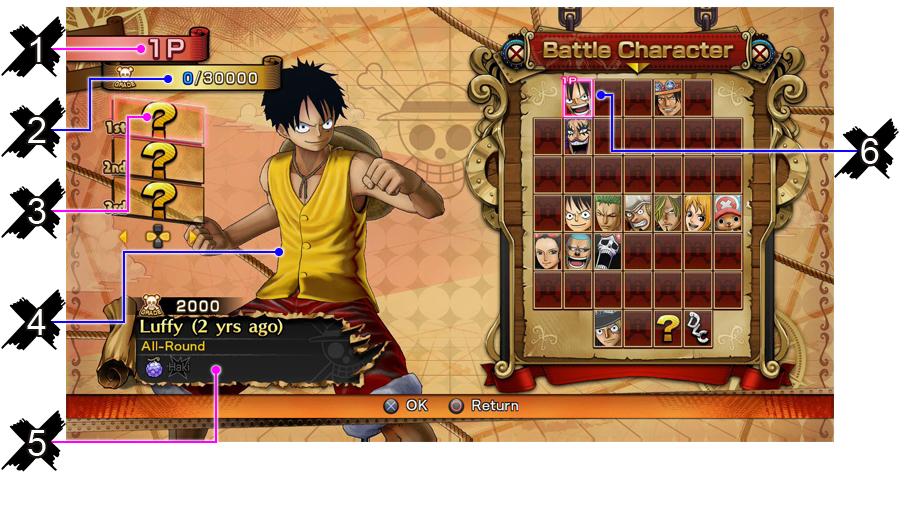 1. Player: The player currently forming a pirate team. Player two and COM will also be shown here in Free Battle mode.
2. Pirate points: Your current and maximum pirate point total. Your finished team must be within the maximum pirate points allowed.
3. Selected characters: Portraits of the characters you’ve already selected.
4. Character: The character you’re currently choosing.
5. Character info: Data on the character you’re currently choosing.
Grade: The pirate grade (points) of the character
Style: The character’s battle type. This can be Power, Speed, Technical, Tricky, or All-Round.
Ability/Haki icons and current level: Ability or Haki icons are shown here for characters with those capabilities.
6.Character list: Move the left stick or press left directional button and right directional button to switch between battle and support characters. 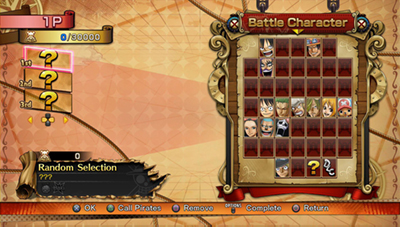 Use the left stick or directional buttons to select a character. Press 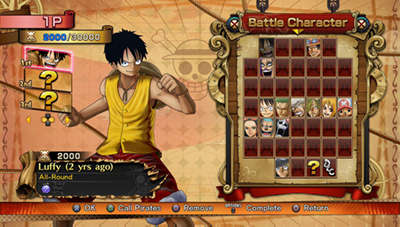 button to change between costumes if you’re using a character with multiple outfits. 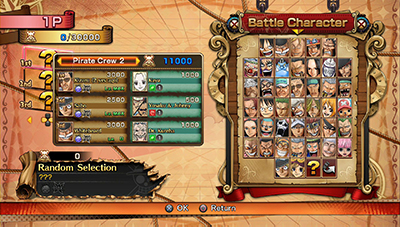 Once you’ve selected all your characters, press OPTIONS button to finish creating the team.
Battle will begin afterward.

If you’ve downloaded additional characters, these will also be available here.