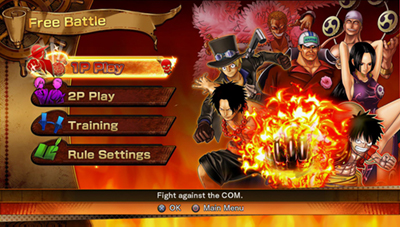 Select a mode to play, then select characters to play as or fight against. In 1P Play and Training modes, you’ll use player one’s controller to select characters for the COM. In 2P Play mode, player two will use their own controller instead. After that, select a stage to fight in, and battle will begin afterward.

Teams of Four or More

Use the left stick or directional buttons to select a stage,

button to select your music. Press

button to play the selected tune.
Set your stage to “?” and your music to “Random” to play with randomly-picked selections. 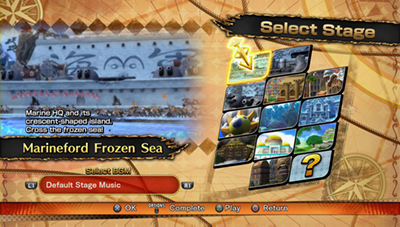 button to switch between pages. 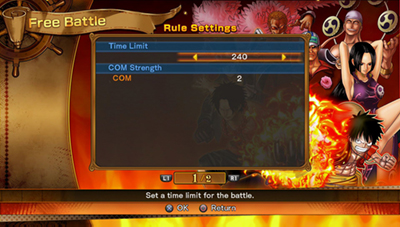 HP / Burning Gauge: Change the state of player one and player two/the AI’s gauges. Select “Always MAX”, and the gauges won’t go down even if you’re damaged or use Ultimate Attacks.

Support Char. Gauge: Change the number of times player one and player two/the AI can call on support characters. Select “Always MAX”, and you can use them as many times as you like during battle. 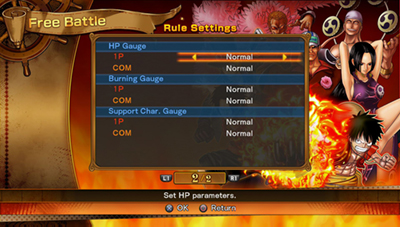