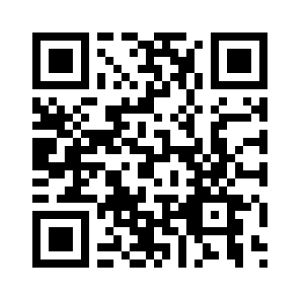 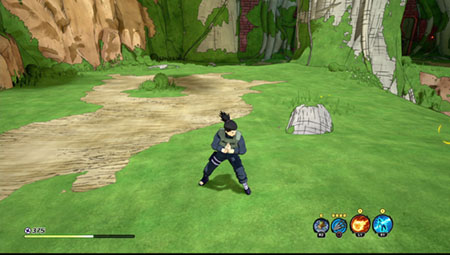 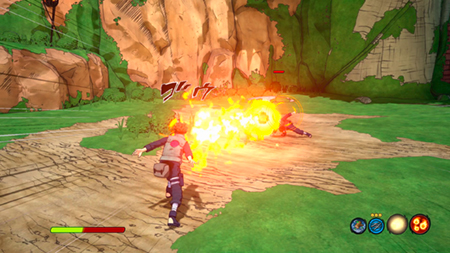 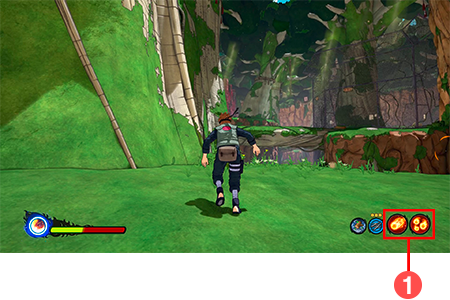 The Ninjutsu Gauge fills back up as time passes, but you can make it fill faster by holding down the

button while on the ground builds up chakra for a jump more powerful than normal. The longer you hold the button down, the higher and farther you will jump. 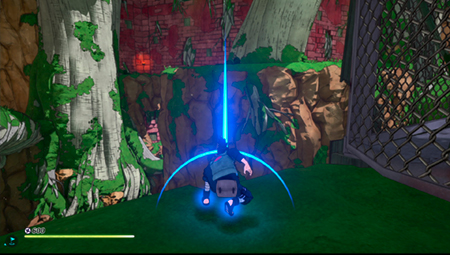 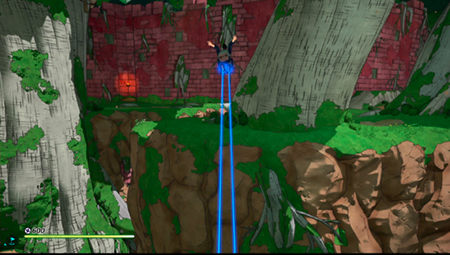 Throw a wire kunai by pressing the

button mid-jump. If you hit a wall or other such surface, you will be able to quickly move to wherever your kunai got stuck. 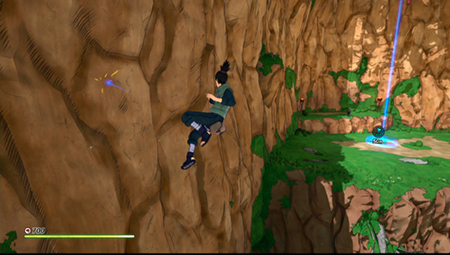 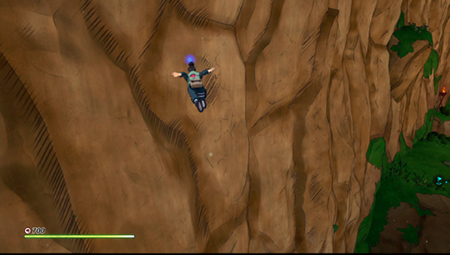 button (after being attacked)

button after being attacked uses the Substitution Jutsu Gauge to escape the attack. Half of the damage you just suffered will be canceled. 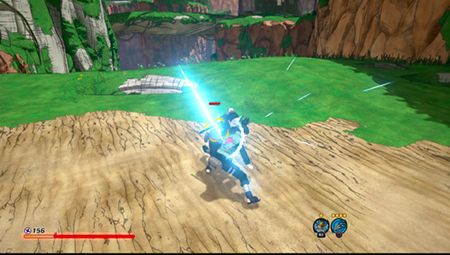 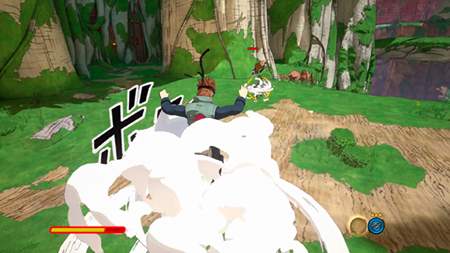 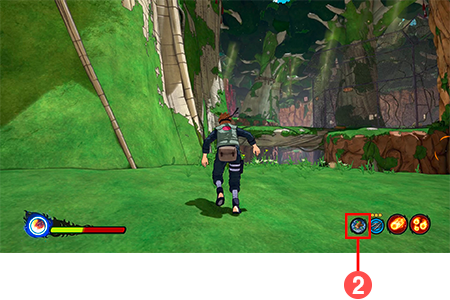 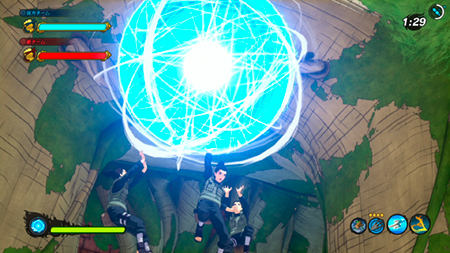 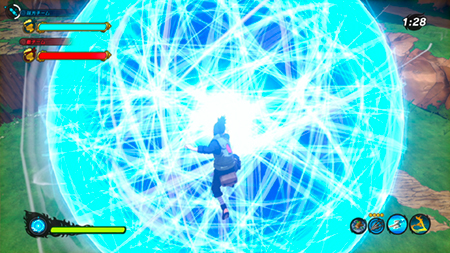 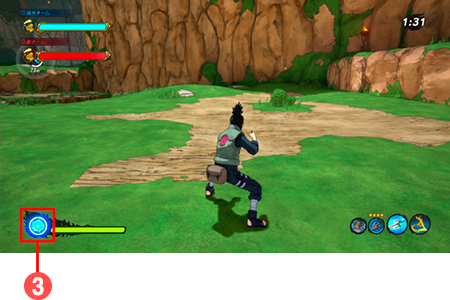 You can deflect enemies by pressing the

button at the right time while using the

button to guard against enemy attacks. 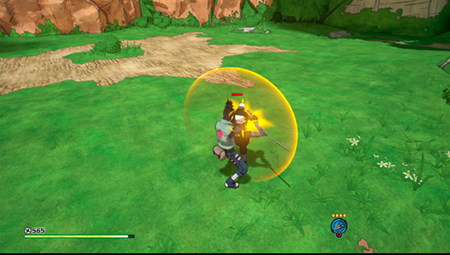 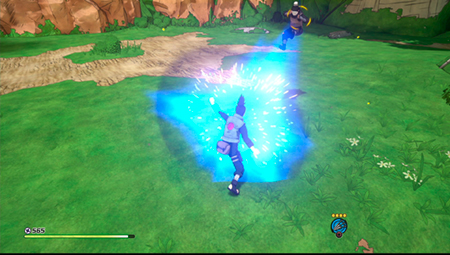 Guarding and Guard Breaking: You will guard against enemy attacks while the

button is held down.
However, if you continually guard against enemy attacks, your guard will eventually be broken, leaving you temporarily defenseless.

button to lock on to an enemy. While locked on, your attacks will be delivered to the marked enemy and you will be able to keep constant tabs on them.
When you have multiple enemies locked on, use the right stick to switch between them. You can cancel a lock-on by pressing the 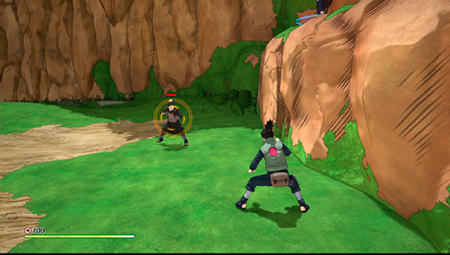