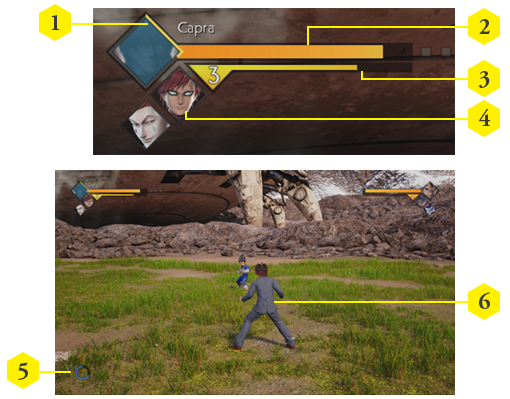 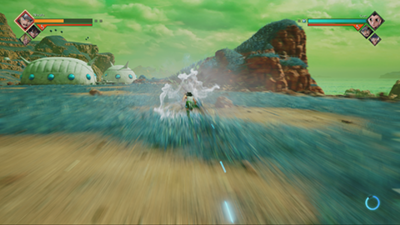 button + left stick
Sidestepping can be used to avoid an opponent’s attack.
You can perform a larger sidestep if you hold the left stick in place. Larger sidesteps will deplete the Mobility Gauge. 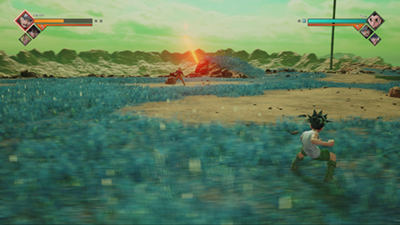 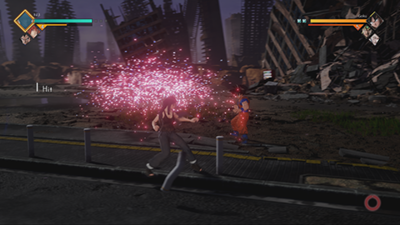 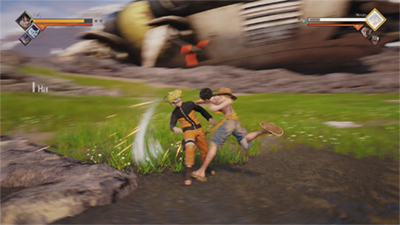 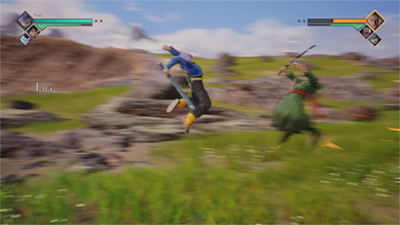 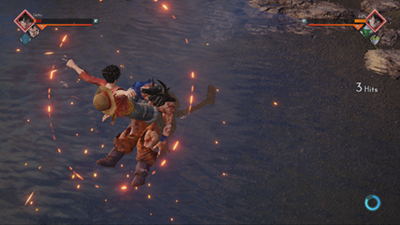 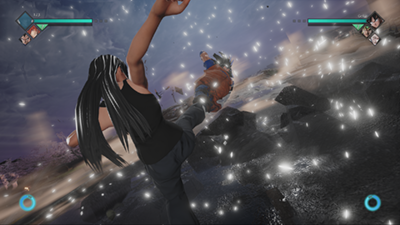 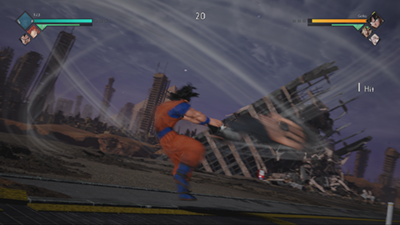 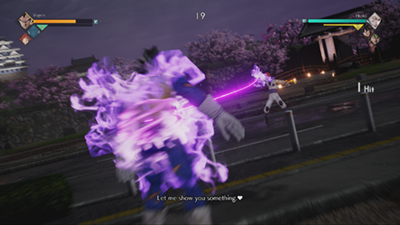 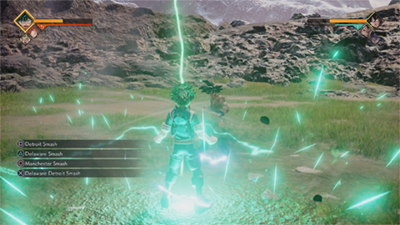 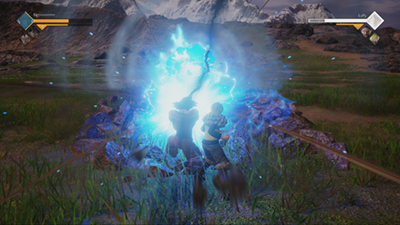 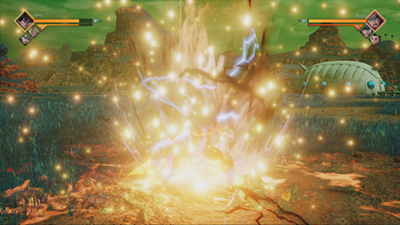 button while standing still or being attacked 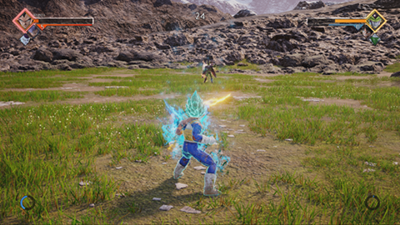 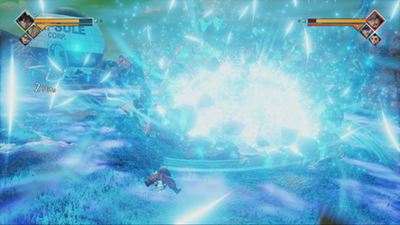 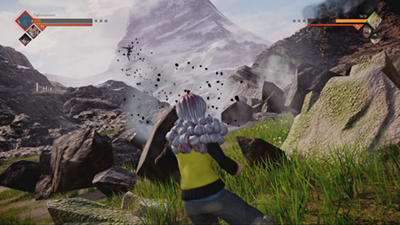 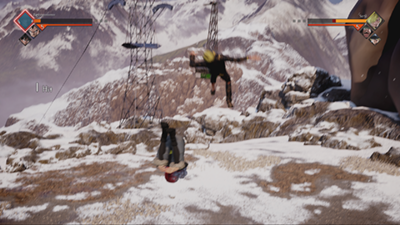 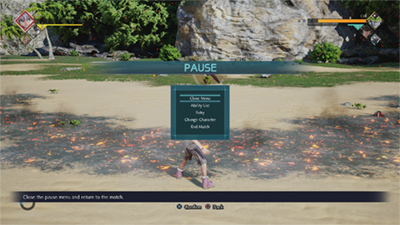 button to confirm.The contents of the menu depend on the gameplay mode.

buttons to switch categories and configure your Training Mode settings.
Move the directional buttons or the left stick vertically to select each setting, then horizontally to alter the selected setting. 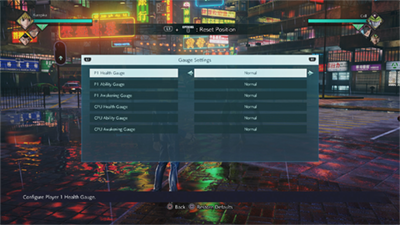 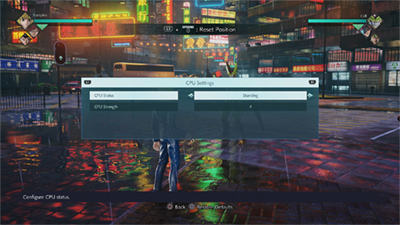 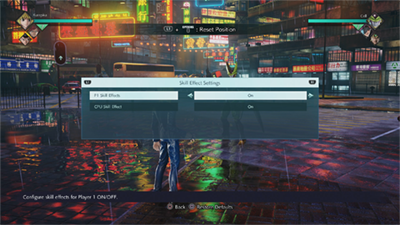 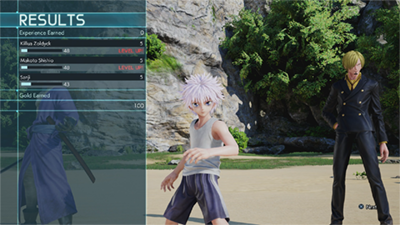 button to display the results menu.
Use the directional buttons or the left stick to select the menu item and the 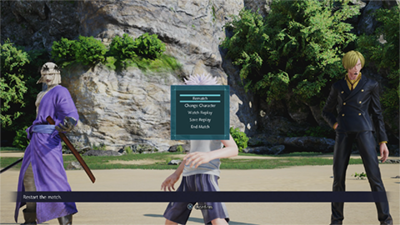 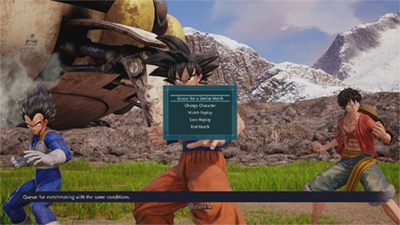 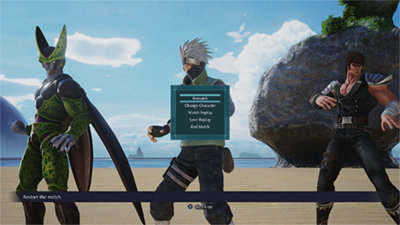