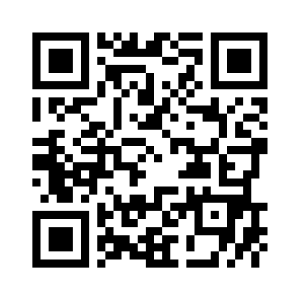 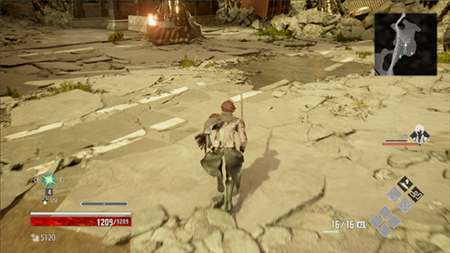 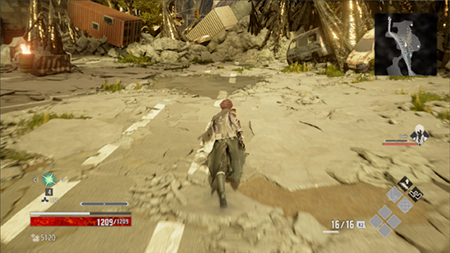 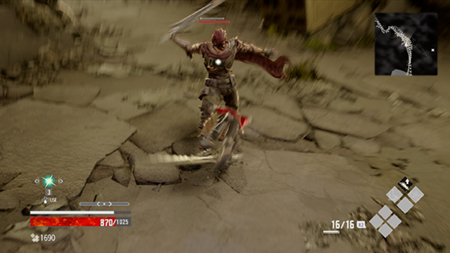 button will cause you to guard. Damage received from the front will be reduced while guarding. You can also hold 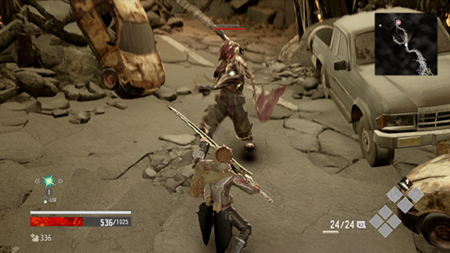 button. Tilting the right stick left or right while locked on will change the target you are locked on to. You can cancel the lock-on by pressing

while locked on to a target. 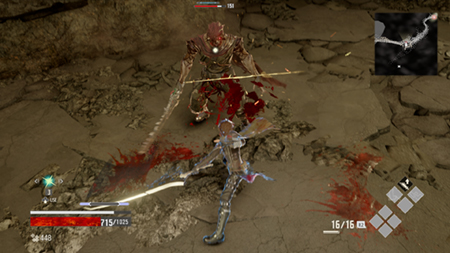 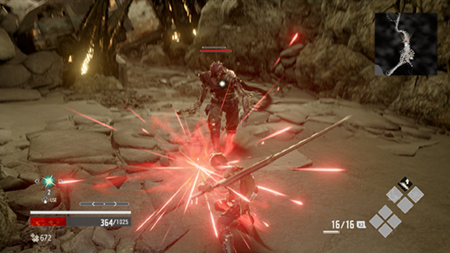 You can switch your equipped weapon by pressing the up directional button. 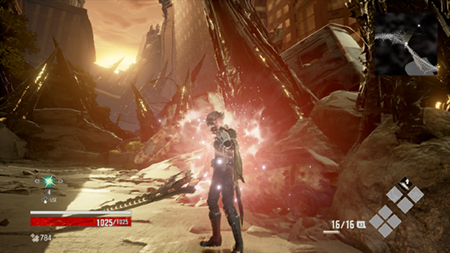 You can communicate through gestures, stamps, and voice. Pressing the

button twice will open the quick gesture menu. Use the

buttons or the left and right directional buttons to select the gesture you wish to use, then press the

button to use it.

button will prepare your Blood Veil, and releasing it will unleash a drain attack. Successfully draining from foes can provide ichor required for using Gifts as well as increase the maximum amount of ichor you can hold.
Note: Maximum ichor depends on the blood code you have equipped.
Note: When using an Ivy Blood Veil, holding the 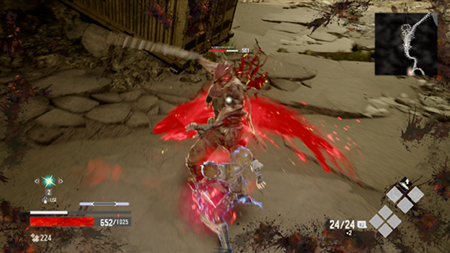 While attacking, if you hold the

button and press the 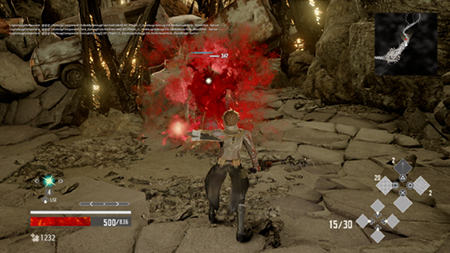 While in a focused state, you can hold the R1 button and press the

button to perform a launch attack that will send enemies into the air and allow you to perform a special drain. In addition, while in a focused state, holding the

button and pressing the 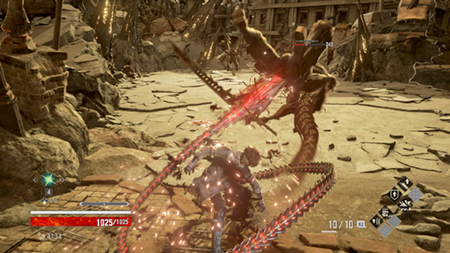