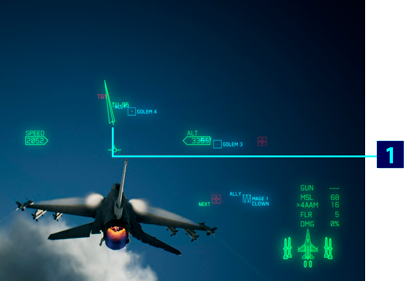 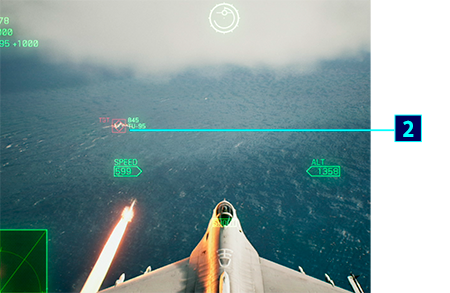 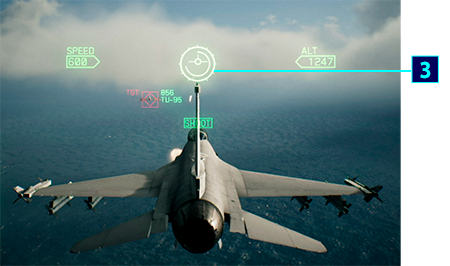 There are three views: third person, first person, and cockpit. Use

to switch. In any view, use the right stick to turn the camera away from the direction you’re heading. Under certain conditions, the following views are also available:

to view look in the direction of mission-critical allies, including wingmen and escorts.

, use the left stick to turn.
Expert Controls: Roll

Some aircraft can be controlled post-stall.
After decelerating enough, hold

and pitch up (tilt the left stick

STANDARD: Turn simply by tilting the left stick left/right.
EXPERT: These controls mimic those of a fighter. To turn, tilt the left stick

to roll the aircraft, and then pitch up. 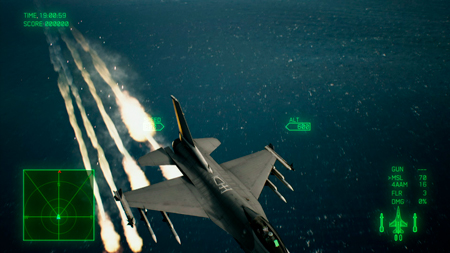 to launch a flare. When an enemy missile is on your tail, use a flare to avoid it more easily. 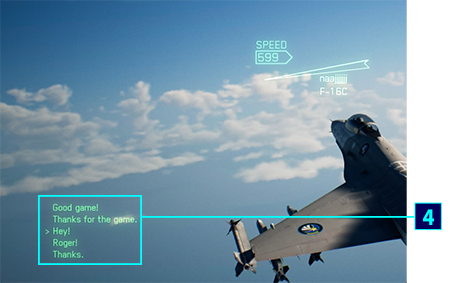 Message List
Press the right directional button to view the message list. Move up/down to select a message, then press right button to send it.