This mode lets you connect to the Internet and fight against opponents online.
You must be signed in to PlayStation™Network to access this.

Use the left stick or directional buttons to select an option.
Press 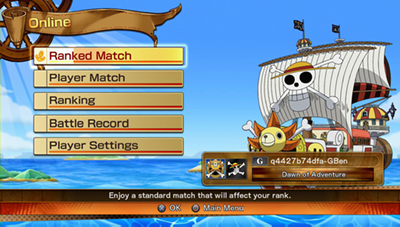 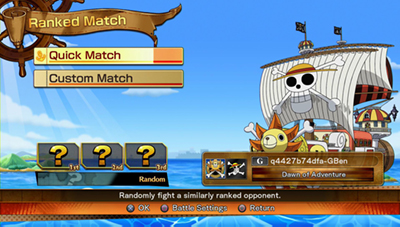 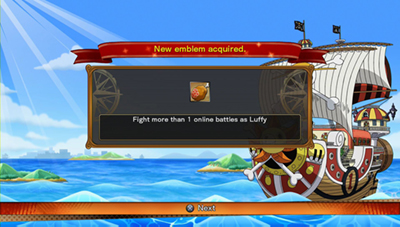 Create a room as the host player and wait for other players to come in. Once an opponent arrives, press 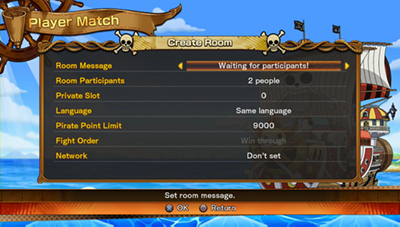 Define your desired conditions and press 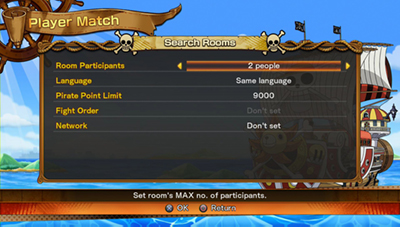 In each room, you’ll see the current and maximum number of members, the room message, information on the host (online ID, rank, network connection), and rules (pirate points, fight order). 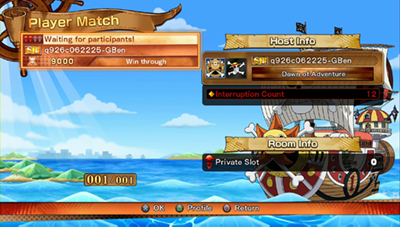 In the room screen, press

button to see a detailed profile of your opponent. Press the touch pad button to open a message window, letting you select a message to send to others. Press 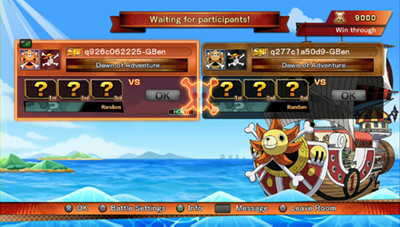 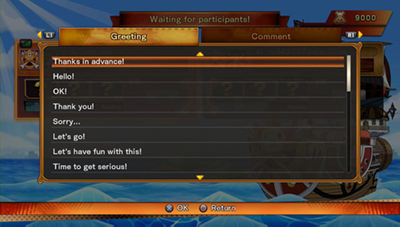 Room hosts can invite friends into their room in Player Match mode. Invitees can go to this screen to view and confirm the invites they have. 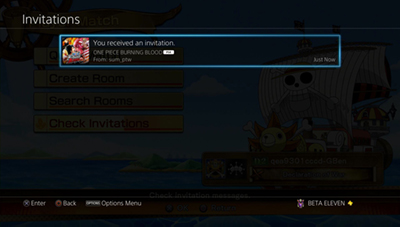 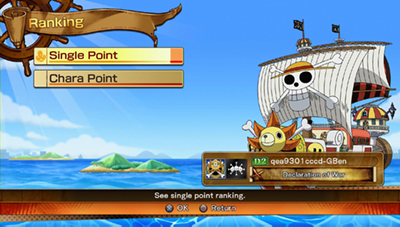 button to switch between types. 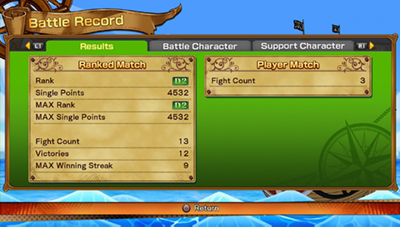 Results: A ranking based on the Single Points earned in ranked matches.
Battle Character: A ranking of battle characters based on Character Points and number of times used. Press

button to change the display order.
Support Character: A ranking of support characters based on number of times used. Press 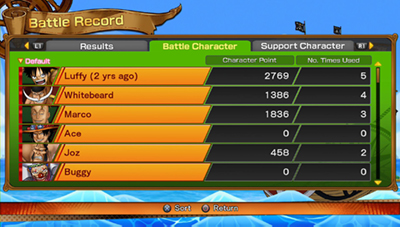 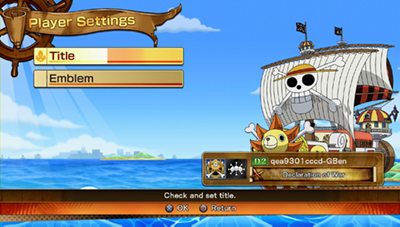 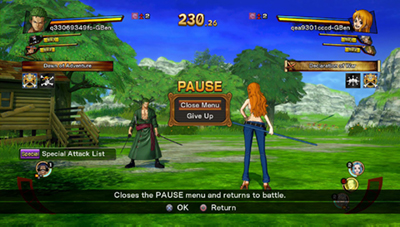