The Gateway to Quests

In the governor’s office lobby, you can accept sub quests, join online competitive and cooperative battles, shop, and use teleporters to transport yourself to battlefields. Before you head off on your latest adventure, make sure to take care of any final preparations in the lobby. 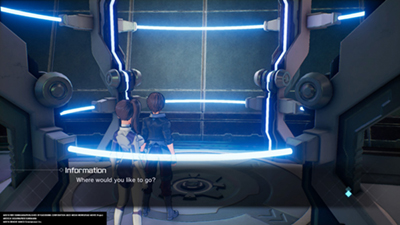 The Quest Terminal is where you can accept sub quests, which can be repeated even after beating them. As previously mentioned, new sub quests are added as you unlock new areas to explore in GGO, as well as sometimes by progressing through the main story, after which you can access them from the Quest Terminal. 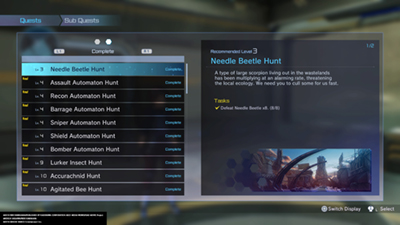 The teleporter in the governor’s office lobby can take you to other locations within the SBC Glocken, as well as to battlefields around GGO.

The item shop is where you go to buy gadgets and equipment (including weapons, ammunition, outfits, and accessories) and to sell items that you have in your inventory. As the story advances, more items will be added to its stock for you to purchase.

In the center of the lobby are four ArFA-sys units. By speaking to them, you can perform such actions as information inquiries and item exchanges. 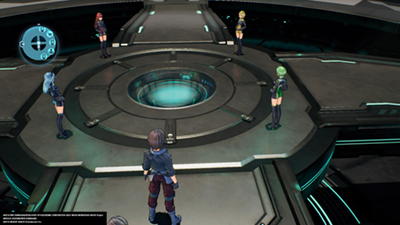 Online co-op quests that you undertake with other players are ranked based on how quickly they’re completed. Naturally, these rankings can change as players get better and faster at completing quests.

You can trade medals that you’ve earned for items at the Medal Trader.

These are the rankings for the top players attracting the most attention in GGO.
You can accept online PvP quests by talking to the receptionist NPC in the governor’s office lobby. In these quests, two teams of four players each compete to inflict the most damage on a boss. As you complete PvP matches, you will receive medals. In ranked matches, your rank will increase or decrease according to whether you win or lose. 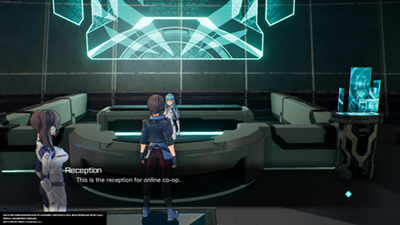